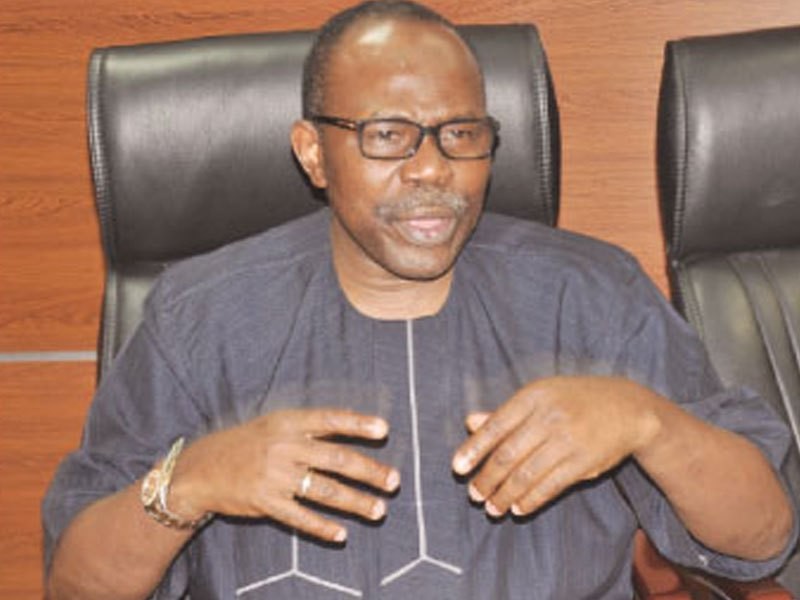 May I start by apologizing to some of my readers and followers who have accosted me since the Osun State governorship election, which took place on July 16, 2022, demanding to know my position on the electoral outcome and expecting me to express my view on the events leading to it, and who now may feel disappointed that I am not commenting on the subject? I must confess that it is not out of lack of what to say, indeed plenty to say; but for the fact it will be an exercise in futility addressing a set of incorrigible people in the political class, particularly in the ruling party, who are already iron-cast in their ways.

I consider it as an attempt at wasting my precious time, striving to suggest the obvious things known to them over time. Be that as it may, as I watch with amazement the last two gubernatorial elections conducted recently by the Independent National Electoral Commission (INEC, or the Commission) in Ekiti and Osun states, respectively, it is inevitable for me to comment on the electoral process giving birth to the outcomes. Hence, rather than commenting on the outcomes, I have chosen to preoccupy myself with the evaluation of the processes, which I consider a worthwhile engagement towards strengthening the electoral system. Prior to my incursion into the area, permit me to congratulate the Commission as well as the victors in the two gubernatorial elections, Oyebanji and Adeleke.

Certainly, this modest achievement is not unconnected with the improvement in the Electoral Act, the law basically governing the Nigerian electoral system, particularly in the aspect relating to the use of technology in our elections. I recall vividly the controversy trailing the passage of the Electoral Act at the National Assembly, particularly on Section 50 of the Electoral Act, dealing with the electronic transmission of election results from the polling units. It was an obvious fact that members of the National Assembly never wanted the use of electronic transmission of results. All manner of obstacles were strewn on the way to the enactment.  At a stage, several adversarial groups were recruited by the National Assembly in opposition to the adoption of the provision on electronic transmission of results. Prominent among these groups was the Nigerian Communications Commission (NCC) which shamelessly indicted itself in order to please the legislators. The NCC came out to announce its supposed failure in the network coverage of the country, contrary to the position of the telecommunication companies.

The new Electoral Act sounds the death knell on purchase of voter’s cards, or bulk acquisition of voters’ cards from compromised officials of the Commission by politicians. With this development, the incidence of illegal purchase of permanent voters’ cards, disappearance of permanent voters’ cards from the custody of the Commission, or the warehousing of permanent voters’ cards are gradually going into extinction. Appropriation of those cards belonging to other people is now meaningless as accreditation can only be done through the biometric system. Thus, it is senseless procuring such cards as they are unusable under the new regime. For those who equally may not know, posting of results that is at variance with the accredited numbers of voters automatically nullifies the results in such units. Again, for the ignorant political party agents who may want to aid the manipulation of results at the unit levels, let me warn you that, by the Electoral Act, jail naturally awaits you upon discovery. So, think twice before embarking on such illegal voyage or assignment on behalf of any political party or candidate, as you are likely to be eventually abandoned to your fate ultimately. There is certainly no hiding place for you again.

These are but some of the profound innovations in the new Electoral Act that have contributed significantly to the improvement of our electoral process. At a recently conducted roundtable by the United Action for Change, a movement which I am privileged to be leading, an x-ray of all the innovative provisions was made. Space, unfortunately, will not permit me to proceed on the excursion of discussing the entirety of the novelties contained in the Electoral Act but it suffices to say that there is a remarkable improvement.  In recent times, it will be noticed that most election petition cases being filed are scarcely ever premised on the election results but on other grounds due to the electronic transmission of results.

This further affirms the robust improvement in the process. Regrettably, as I have several times stated in my writeups, politicians in Nigeria are special breeds, to the extent that they can hardly be regarded as human. They exhibit, in their behaviours, traits of people of the other world. Their acts speak to the Yoruba proverb of “egbinrin ote, bi a se npa ‘kan, ni ikan n ru” (the case of a hydra-headed monster that rejuvenates upon every decapitation). As you try to tame their misconducts, they devise new ones. It is in this connection that they have now found great and further love in  purchase of votes. In the last two elections alluded to above, buying votes played out significantly. It is now another source of worry to all and sundry, except the politicians. This is a new way of sabotaging the true will of the electorate. The point has been strongly made in the past by me and I am re-echoing it again that I believe it is a deliberate and conscious policy of the political class to subject the populace, particularly the majority of the electorate, to perpetual poverty so that their traumatized psyche will prevent them from being rational in the exercise of their franchise. Rationality in the midst of hunger is ever a challenge. This, consequently, exposes them to the manipulation of the political class. This is yielding fruits to the political class now as the majority of these poor electorate are now responding positively to their entreaties and queuing to sell their votes. Although, by the Electoral Act, it is an offence to sell your votes as, in several sections such as 55, 57, 117, 119, 123, 124, 126, 127 and 128, the Electoral Act criminalizes all the specified acts therein, particularly votes merchandising or influence or threat peddling. However, as seemingly comprehensive and potent as the provisions may look, the capacity to enforce them seems to be lacking.  This, therefore, gives room to a free-for-all trade.

Since there is blockage to blatant rigging in the election process, vote buying is now the viable option. To this end, therefore, we need to interrogate, as a matter of urgency, various means of curtailing these new nefarious acts of electoral sabotage. Basically, the security agents are saddled with this responsibility, but if the truth must be told, how incorruptible are these groups, much less their capacity both in terms of numbers and skills? Certainly, it is not something to be proud of.  We may, therefore, in the first instance want to appeal to their conscience as I did in my earlier letter to the security agents (See my column in the Daily Sun of April 28, 2022 “ Letter to security agents in respect of Nigeria’s elections https://www.sunnewsonline.com/letter-to-security-agents-in-respect-of-nigerias-elections/”). We need to plead with them to consider the future of their children and generations yet unborn, even if their own generation has failed them. The security agents live amongst us and they are our relatives, friends and associates. Let us join hands in appealing to them to do the right thing. Beyond this sermon, I believe that intelligence generally must be strengthened, both amongst the security agents and the people as whole.

The sources of this illicit fund used in buying votes are traceable and the root can be exhumed. Through the politicians, we can locate the storage of the fund and the dispensing point. Sanctioning culprits by way of deterrence is important. Our present lackadaisical attitude of prosecuting the violators is unhelpful and tend to be an incentive for the act. We equally need massive campaign in the manner we did for the registration exercise to discourage the act of vote selling and buying.  Another potent way of dealing with this scourge is through the prohibition of phone usage at the polling booths. This may appear drastic and unconstitutional but at this stage of our development, I think deviation from whatever right or law impairing the adoption of this measure is necessary. I remember vividly at a point in our electoral history, such ban was placed, albeit for the notorious objective of rigging. Today, as painted above, the objective is to the contrary and targeted at preventing the crime of vote merchandising.

The prohibition will enhance further the quality and integrity of our elections. No voter must be allowed to take his phone again into the polling booths. It is the phone that is usually used as evidence of the discharge of the nefarious obligation. Once that is not allowed again, it becomes difficult for the sponsors and promoters of this unholy act to ascertain the authenticity of the claim of the compromised electorate in order to pay them for products delivered.  It is needless to also plead that the political class should be conscientized towards improving the economy and, by extension, the economic condition of the people so that they can cease to be economic parasites and political scavengers.

The combination of all the above crystalizes to confer confidence in the electorate that votes will count, thereby eliminating or reducing voters’ apathy.  No effort is worth sparing in the journey towards credible elections in the country. It is needless to say that without this, there cannot be emergence of good leaders that will engender good governance in the country.